Welcome to Jerusalem, now go away 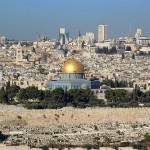 After a summer hiatus of playing games and drinking beer, we’re back to slowly working on Triune. We’re concentrating on the setting for now, trying to create an interesting place as well as planting as many adventure seeds as feasible.

Which brings us to the term “Empty City”. This is an entire city where the Hegemony has removed all residents and barred all entry. No residents, no tourists, not even any plucky orphans. Why? Religion.

In Triune, religion is illegal because 1) it can grant “magic” powers and 2) Heaven and Hell went to war against humanity. Churches, temples, mosques, etc. were either knocked down or repurposed. But what do you do when an entire city is connected to religion? The human government decided to avoid knocking down entire cities and instead emptied them of all people and technology.Then it built a huge wall around the area and posted guards to keep out any religious sympathizers. Empty Cities include Vatican City, Jerusalem, Varanasi, and Mecca. 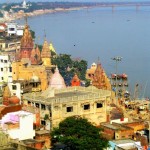 Just how empty are the Empty Cities? Officially, they’re completely devoid of life and the government program is working perfectly. That means there’s a tiny but steady unofficial traffic of people in and out of these cities, including some brave souls who reside therein. These aren’t just religious folk–anyone breaking the law would like a residence inside an Empty City. No surveillance! No cops! Just stay hidden from the satellites overhead!

Since players take roles as Enforcers who hunt down angels, devils, and their human allies, Empty Cities are perfect places to stage an adventure. Tracking criminals into an Empty City, trying to gain access through a massive bureaucracy, ignoring the paperwork and sneaking inside ….